Toyota GR bZ4X Under Consideration As A High-Performance Electric SUV

Jump to Latest
chargedup
Toyota says a GR version of the bZ4X electric SUV is being considered. 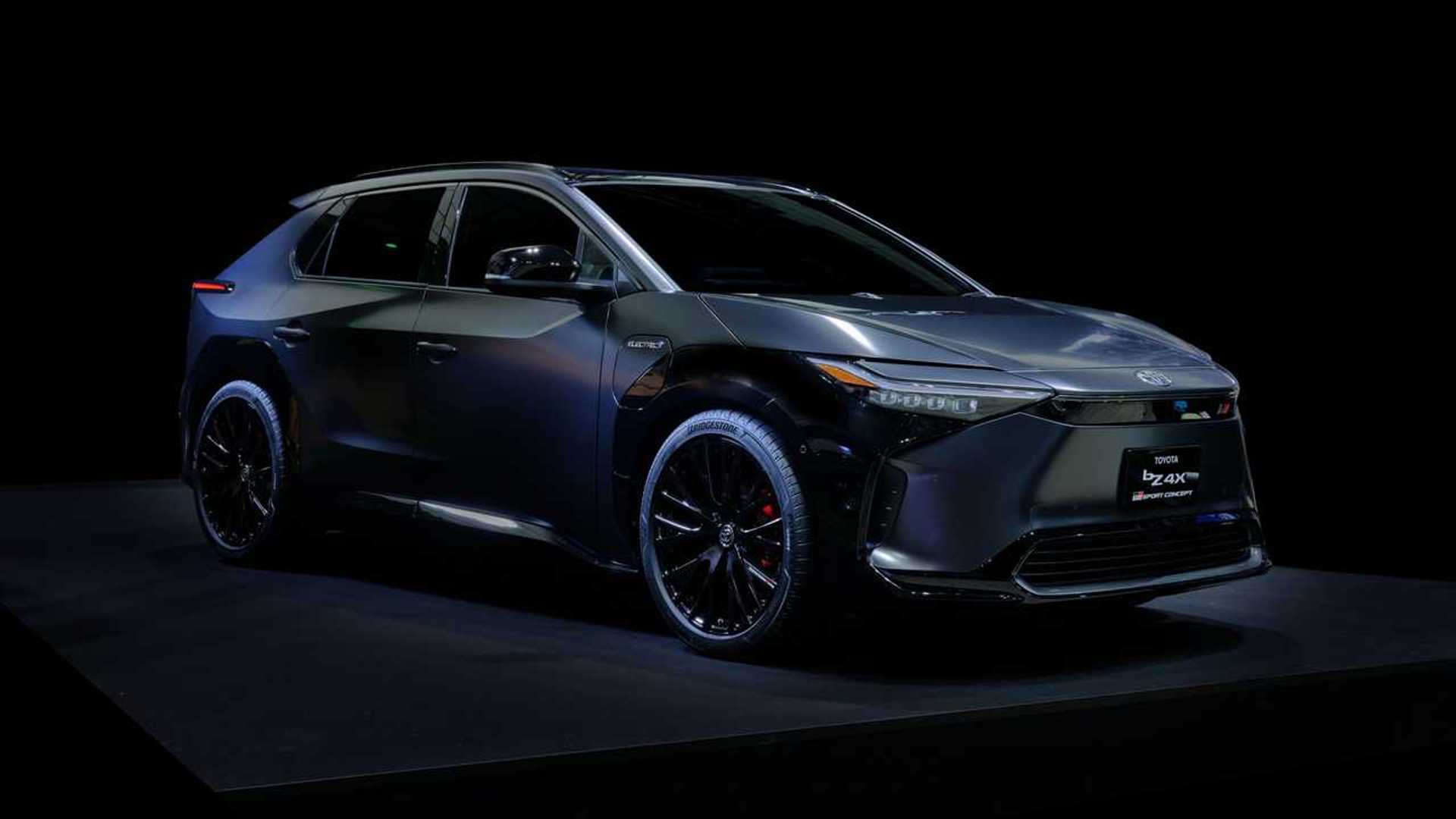 Toyota GR bZ4X Under Consideration As A High-Performance Electric SUV

Toyota is considering making a high-performance GR version of its new bZ4X all-electric crossover, but the idea is still in the early stages.

www.motor1.com
"Toyota has big plans for electric vehicles over the next decade. The company will launch 15 EVs under the Toyota and Lexus brands, with its first, the bZ4X, going on sale this year. It’s a crossover, like most new cars today, but a hotter GR performance variant could join the lineup in the future.

BZ4X chief engineer Daisuke Ido revealed to Move Electric, a sister publication to Autocar, that a GR bZ4X is under consideration. However, before you go bonkers dreaming about the possibilities, Ido also noted that “it’s still not a concrete idea yet.” We are in the very early stages of such a model, and getting it right will take time.

Ido told the publication that the challenge in creating a GR bZ4X would be ensuring it met GR’s high handling and performance standards. GR could need to make significant modifications to the crossover if it’s going to wear the brand’s badge, and it could require a major boost in power, too.

We have no idea if a GR BZ4X will happen, but Toyota rolled out the BZ4X GR Sport earlier this year at the Tokyo Auto Salon. It did not preview a GR BZ4X, with the all-electric crossover getting larger wheels, black trim, and sport seats for upgrades. Toyota didn’t mention the concept’s powertrain, either.

The 2023 Toyota bZ4X will start at $43,215 (pricing includes the $1,215 delivery charge) for the entry-level XLE model with front-wheel drive. The top Limited trim with all-wheel drive starts at $49,995, and a GR variant would certainly eclipse that price. However, we doubt we’ll see anything from Toyota anything soon regarding a GR BZ4X. It might not be more than a dream, but automakers are always coy about future products."

Written By:
chargedup
Follow View All Authors
0 Replies
1 - 1 of 1 Posts

About this Article
0 likes
0 Replies
Written By: